Avoidable blindness is defined as blindness which could be either treated or prevented by known, cost-effective means. Although there are many other causes of vision impairment, ECP-MSS seeks to address the main causes of avoidable blindness, in order to have the greatest possible impact on vision loss in Bangladesh.

Main Causes of Blindness: Eighty percent of blindness occurs in people over 50 years old. Common causes of blindness include diabetes, macular degeneration, traumatic injuries, infections of the cornea or retina, glaucoma, and inability to obtain any glasses.

What is a Cataract?

A cataract is a clouding of the eye’s natural lens, which lies behind the iris and the pupil.

Cataracts are the most common cause of vision loss in people over age 40 and are the principal cause of blindness in the world. In fact, there are more cases of cataracts worldwide than there are of glaucoma, macular degeneration and diabetic retinopathy combined, according to Prevent Blindness

A cataract starts out small and at first has little effect on your vision. You may notice that your vision is blurred a little, like looking through a cloudy piece of glass or viewing an impressionist painting. 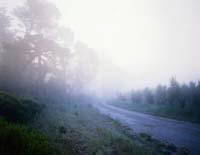 A cataract may make light from the sun or a lamp seem too bright or glaring. Or you may notice when you drive at night that the oncoming headlights cause more glare than before. Colors may not appear as bright as they once did.
The type of cataract you have will affect exactly which symptoms you experience and how soon they will occur. When a nuclear cataract first develops, it can bring about a temporary improvement in your near vision, called “second sight.”
Unfortunately, the improved vision is short-lived and will disappear as the cataract worsens. On the other hand, a subcapsular cataract may not produce any symptoms until it’s well-developed.
If you think you have a cataract, see an eye doctor for an exam to find out for sure.

The lens inside the eye works much like a camera lens, focusing light onto the retina for clear vision. It also adjusts the eye’s focus, letting us see things clearly both up close and far away.
The lens is mostly made of water and protein. The protein is arranged in a precise way that keeps the lens clear and lets light pass through it.
But as we age, some of the protein may clump together and start to cloud a small area of the lens. This is a cataract, and over time, it may grow larger and cloud more of the lens, making it harder to see.
No one knows for sure why the eye’s lens changes as we age, forming cataracts. But researchers worldwide have identified factors that may cause cataracts or are associated with cataract development. Besides advancing age, cataract risk factors include:
• Ultraviolet radiation from sunlight and other sources
• Diabetes
• Hypertension
• Obesity
• Smoking
• Prolonged use of corticosteroid medications
• Statin medicines used to reduce cholesterol
• Previous eye injury or inflammation
• Previous eye surgery
• Hormone replacement therapy
• Significant alcohol consumption
• High myopia
• Family history
One theory of cataract formation that’s gaining favor is that many cataracts are caused by oxidative changes in the human lens. This is supported by nutrition studies that show fruits and vegetables high in antioxidants may help prevent certain types of cataracts (see below).

Though there is significant controversy about whether cataracts can be prevented, a number of studies suggest certain nutrients and nutritional supplements may reduce your risk of cataracts.
One large, 10-year study of female health professionals found that higher dietary intakes of vitamin E and the carotenoids lutein and zeaxanthin from food and supplements were associated with significantly decreased risks of cataract.

Good food sources of vitamin E include sunflower seeds, almonds and spinach. Good sources of lutein and zeaxanthin include spinach, kale and other green, leafy vegetables.
Other studies have shown antioxidant vitamins such as vitamin C and foods containing omega-3 fatty acids may reduce cataract risk.
Visit our Nutrition & Eyes section to read more about eye vitamins and how a healthful diet andgood nutrition may help prevent cataracts.
Another step you can take to reduce your risk of cataracts is to wear protective sunglasses that block 100 percent of the sun’s UV rays when you are outdoors. 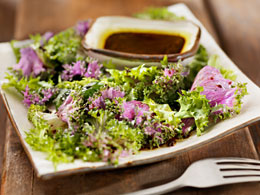 This interesting question has received a lot of public comment since researchers at the University of Oxford published a study in March 2011 that compared cataract incidence with dietary intake.
The study, as reported in The American Journal of Clinical Nutrition, examined the dietary surveys filled out by 27,670 self-reported nondiabetic people aged 40 or over and monitored their medical records to see if and when cataracts developed. Strong correlations showed up between cataract risk and diet type.
The risk was greatest for high meat eaters (who ate more than 3.5 ounces of meat each day), and it decreased from one group to the next, in this order: moderate meat eaters, low meat eaters, fish eaters (people who eat fish but no other meat), vegetarians and vegans. In fact, the risk for vegans was roughly 40 percent lower than for the high meat eaters.
Does this mean you should stop eating meat? Maybe, maybe not. The study doesn’t answer every question. Perhaps the reason for the lower risk is that if you eat less meat, you probably eat more vegetables. And perhaps those veggies are providing nutrients that reduce cataract risk.
Also, vegetarians and vegans may tend to lead healthy lifestyles, avoiding cataract risk boosters such as smoking, excess sun exposure and diabetes. It may be true that cataracts are inevitable if you live long enough, but living healthy just might delay them for a good long time. — L.S.

When symptoms begin to appear, you may be able to improve your vision for a while using new glasses, strong bifocals, magnification, appropriate lighting or other visual aids.
Think about surgery when your cataracts have progressed enough to seriously impair your vision and affect your daily life. Many people consider poor vision an inevitable fact of aging, but cataract surgery is a simple, relatively painless procedure to regain vision.
Cataract surgery is very successful in restoring vision. In fact, it is the most frequently performed surgery in the United States, with more than 3 million Americans undergoing cataract surgery each year, according to PBA. Nine out of 10 people who have cataract surgery regain very good vision, somewhere between 20/20 and 20/40.
During surgery, the surgeon will remove your clouded lens and in most cases replace it with a clear, plastic intraocular lens (IOL).
New IOLs are being developed all the time to make the surgery less complicated for surgeons and the lenses more helpful to patients. Presbyopia-correcting IOLs potentially help you see at all distances, not just one. Another new type of IOL blocks both ultraviolet and blue light rays, which research indicates may damage the retina (see illustration).
Read more on this website about what to expect if you have cataract surgery and how to deal with rare cataract surgery complications. Also, men should be aware that certain prostate drugs can cause intraoperative floppy iris syndrome (IFIS) during a cataract procedure.